Milos is a volcanic island of the Aegean Sea (the 5th largest in the Cyclades island group) and it is rumored that its name derives from “vilos” that was transformed into "Milos" that means "sheep". It has been inhabited since the prehistoric times and has given a metal wealth of great importance.

Pollonia or Apollonia is a picturesque fishing village of 300 inhabitants, built around a magnificent small bay at the northwestern coastal edge of the island. It is the second largest port of Milos after Adamantas port. The village is just 10 kilometers away from Adamanta and 14 km from Plaka, from where it connects with Psathi, the port of the neighboring island Kimolos.Small boats, sea taxis and ferry-boats transport you within 30 minutes maximum from Pollonia to Kimolos.

The settlement offers a rich sandy beach, numerous taverns, restaurants and charming cafes that extend till the right edge of the settlement, where the church of Aghia Paraskevi is found. At the jetty right in front of the church, you will find the fishing boats of the locals full of fish arriving every day. This , also, is the starting point of small boats for excursions to the Cave of Papafragka and Glaronisia.
At the left side of Pollonia, the church of Aghios Nikolaos is found as well as the picturesque peninsula of Pelekouda. The peninsula is worth visiting as according to local tradition, a couple that sits on a small rock in a form of a chair found there will be together forever.
Finally, on the way to Pollonia, you will pass by the ruins of the ancient city of Philakopi, as well as the beaches of Mitakas, Aghios Konstantinos, Papafragka and Kapro. Driving away from the village towards the south, you will find yourself in Theioryhia. 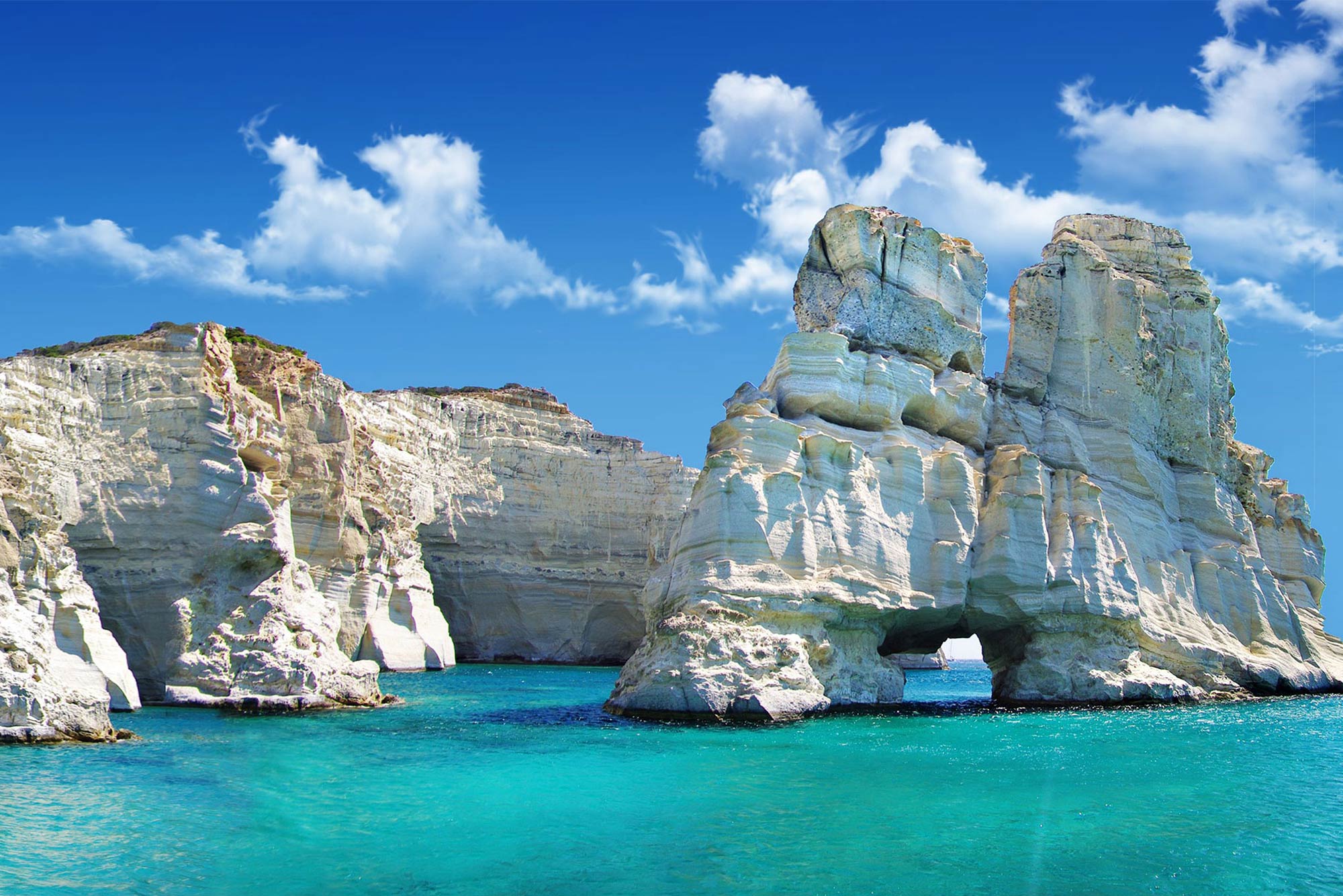 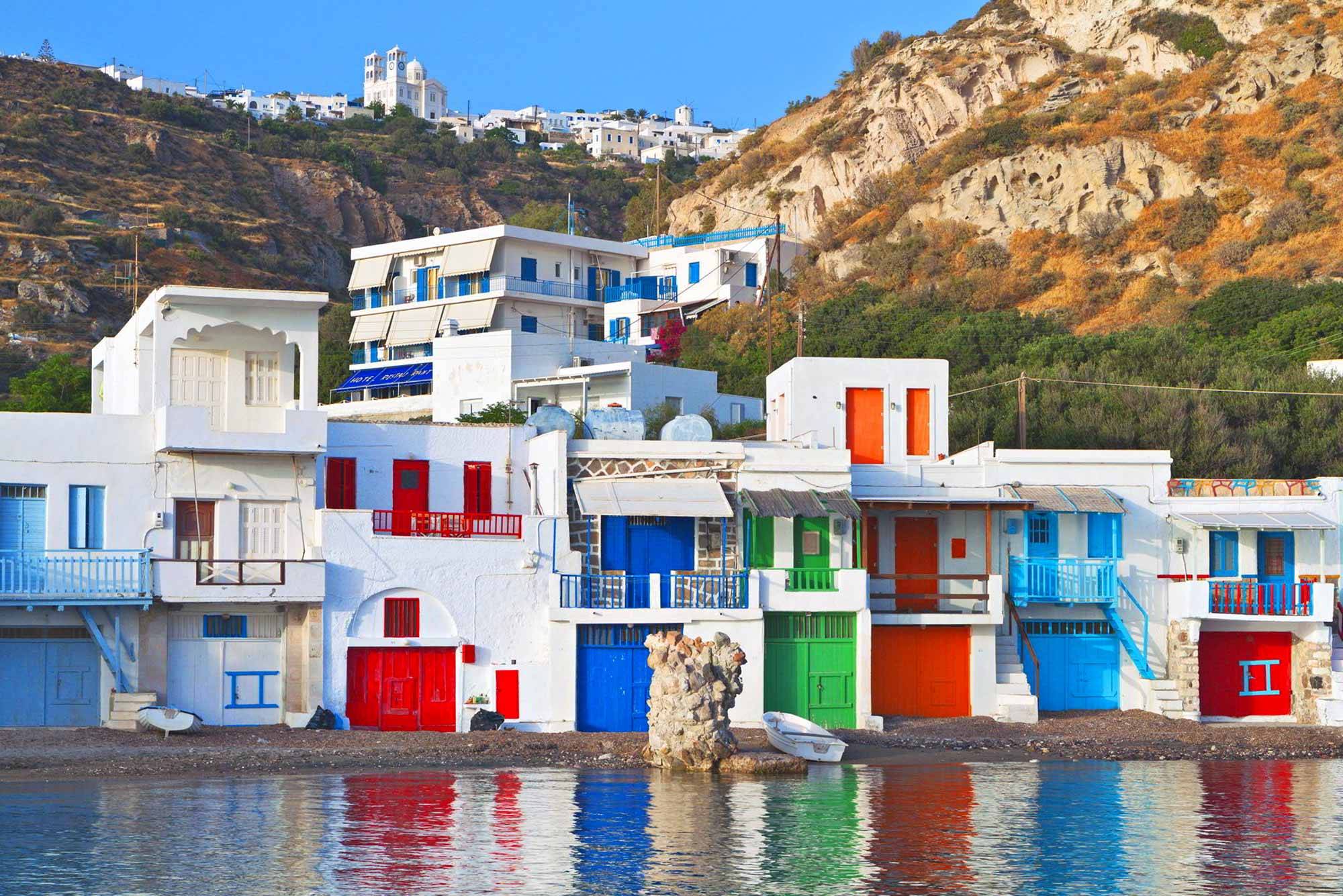 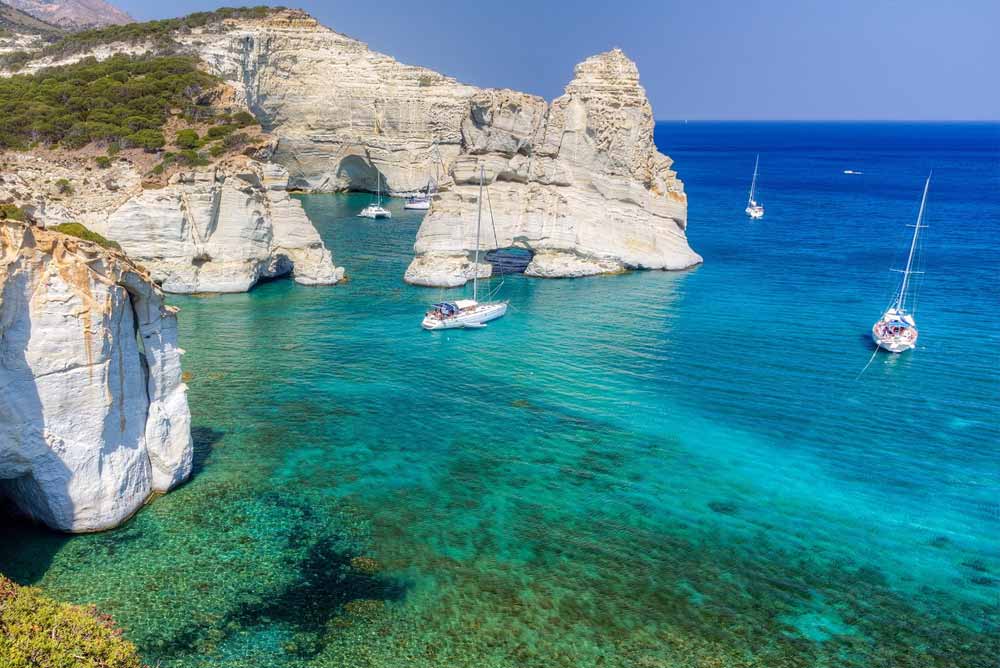 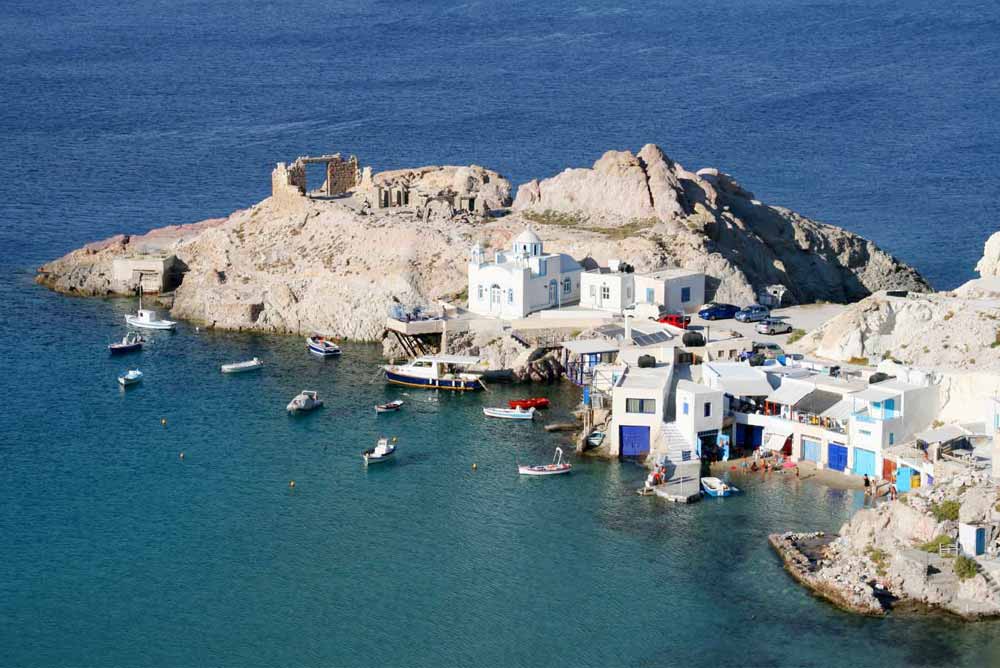 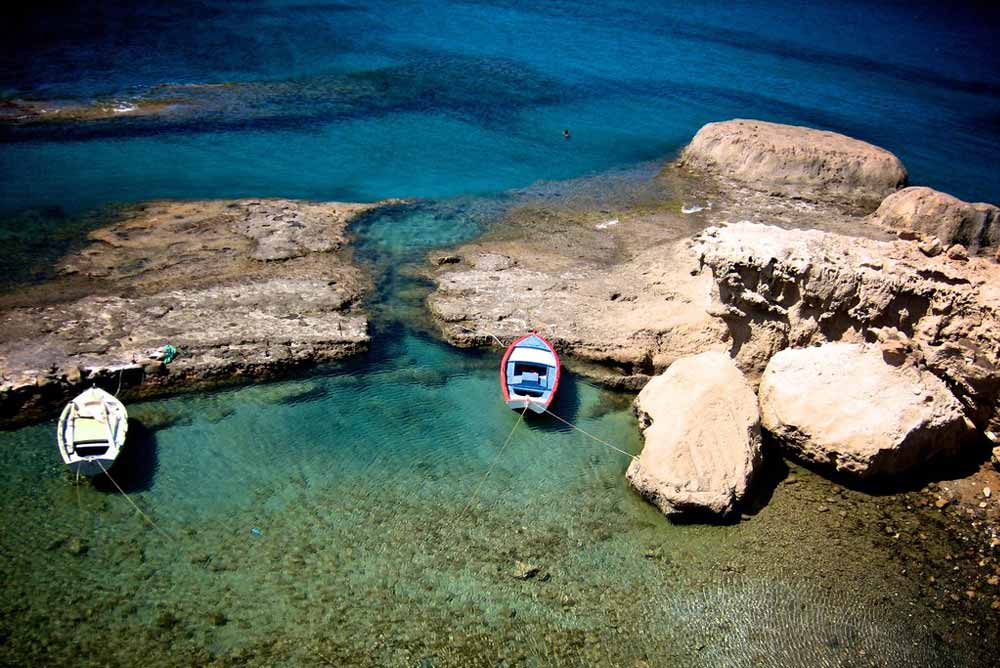 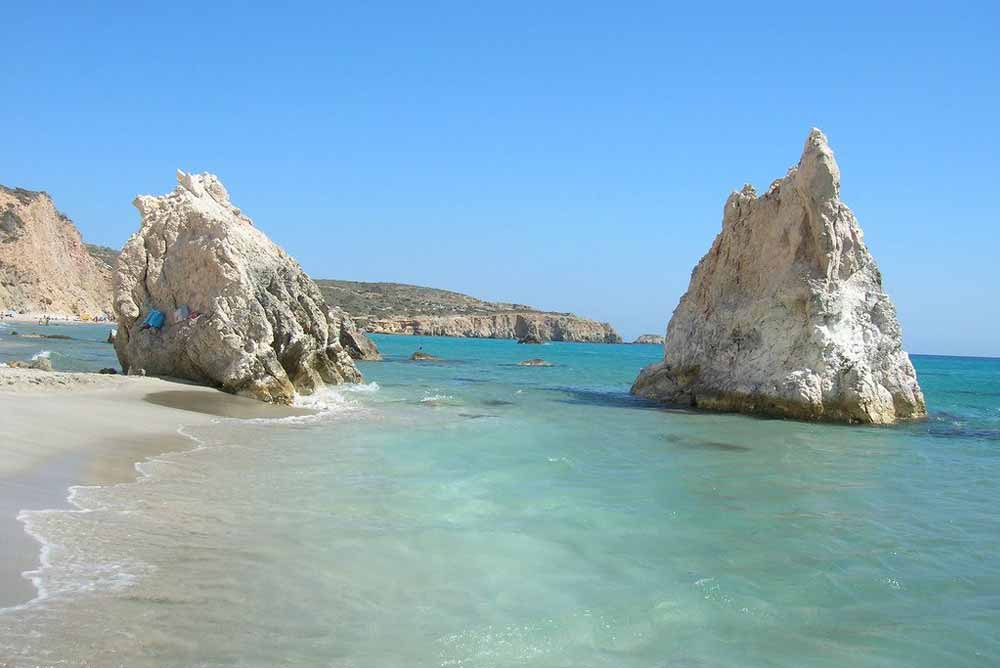